skip to main | skip to sidebar

And only then did i realise....

I have been wanting to write on this topic for a long time now..but..its just that i have been way too....lazy( i am honest, am i not?;D)

My father always said/says that while on the ground your Coach is your father, your mother, your everything. Anything that you are not happy about or uncomfortable with has to be brought to his notice so that you dont carry any extra baggage home( something that i have never been able to do;D). Also 'Respecting the Coach' is a point that makes up like 70% of the good bye SPEECH that he delivers in my mother's presence everytime i am leaving for a tournament(local/state/national)."Whatever you do, win/lose, all of it is immaterial. If you are able to make your Coach and team mates feel proud to have you in the team that will be the greatest achievement ever"- those are his favorite lines..(i am a self- confessed daddy's girl;D)...I have tried doing that all my life!!(my professional cricketing life is just four years old..and i intend to grow older:))

I always saw/ followed cricket- 'THE' game only from tw0 angles- one as a player/learner of the game and second as a follower/spectator of the game!And i thought that was it, i never realised there is a third dimension to it- a Coach's! I guess i was way too ignorant!And boy was i amazed when i discovered it:)...It is similar to say..-A car that was moving on a two dimensional plane whose co-ordinates were described by X and Y ..then all of a sudden wings got added to the car, it became an aeroplane which was now flying in the three- dimensional space thanks to the third dimension- Z!!(*sorry but i have just finished reading a book on Einstein's Theory Of Relativity..so ...you know..:D*)

I have been blessed to have some some real nice coaches from the time i started playing cricket. I learnt a lot just by following the game on television but whatever knowledge that i have about the technical side of the game is all thanks to my coaches!(i sometimes wonder where would i have been if it was not for them)

I had always wondered what would if fell to be a coach and come this summer i got to experience the feeling..big time!This summer has been a real great one in terms of understanding and learning the game. To have Puri di come over and be the head coach for three weeks was a dream come true!!Have never enjoyed my training sessions more..Also to work as a Mentor(yes you read it right:P)..was a life time experience. There is one Ms Anuja Gaunekar, member Goa Cricket Association ,who came up with an idea to hold summer camps for girls at as many centers possible with senior women's team players acting as mentors!!Directed to hunt talented young girls this program succeeded big time!!We were supposed to select girls, who we thought were talented, at the end of the three week camp and send to the main academy for further selections by seniors coaches!!sounds fun right..believe me ..it was!!*i have never considered myself a senior in the team..actually in our team sometimes a more experienced one ends up getting bullied by a new comer..:D..we consider our team mates just as friends, with whom we try enjoying the process of playing cricket and giving in our 100% to win evry time we step in to the ground*

I was supposed to assist one Ms Salma Divkar at Panjim center. We have played a lot of our cricket and have attended a lot many camps together so this assignment sure sounded fun and we were both looking forward to it! So now we were officailly the mentors at panjim center..so we were not coaches but were supposed to work like coaches:).First day was a lot of fun.We made sure we were on time for the sessions(setting examples you see:)). We tried our best to pass on to them whatever we had learnt from our coaches and our experiences on the field!!Basics were something that we stressed a lot on..Everyday the thirty two of us ( yeah thirty plus the two of us) had fun..we played recreational games, competitions after the drill sesssions and the losing team sure did enjoy the punishments, :D..We tried treating them all equally (and so did they:))..I in particular learnt to have patience, and controlled temper is a bliss*there was this session when we taught them(i mean tried teaching them) under arm fielding technique..so after the drills got over we made two teams and with the help of the pugg played a game wherein which ever team got the most number of hits after three rounds would be the winner..we tried to tell them to concentrate on the technique more than anything....after a while we too joined them..guess what happened??i missed all the three times and the stare that i was met with was like one of those hollywood movie dialogues-'people who can- they do..People who cant- just advice''ha ha*

It was after this camp that i realised how difficult a job coach does..he has to understand thirty different minds and then try helping them by adopting a method he thinks that the individual will be comfortable with!!

At this point of time i cant help but mention about a coach who was there with us in the zonal cricket academy camp(south zone). And then after i made it to the National cricket academy camp(*i suppose i just got a little lucky and did well) i saw her again. I was simply amazed when she came and congratulated me. But the thing that amazed me the most was she knew my scores and the number of wickets i managed to get..she knew the way i got out batting and the modes of dismissals of my bowling..Can you imagine..she had followed all our matches and had done her homw work well!!she actually by now, knew what areas i would want to work at..simply superb!!

As a famous saying goes- "A good coach will make his students see what they can be, rather than what they are"..my coaches have taught me that and that is why i dream higher everytime i fall!!

Posted by sacshi at 6:04 AM No comments:

Down the memory lane..

a few things that i'll never forget...
*playing gully cricket with big guys.. on roads..getting to bowl only when all of them would be tired and in that process picking up a wicket or two..
*when playing with kids of my age..hogging all the limelight for being the only girl in the group...
*learning the round arm throw from 'Rinchu chacha' and taking pride in being able to throw that way with great precision..
*fighting every single day with my friends on the ground..and still be the first one on the ground the next day!!
*playing cricket with chappels(slippers) on..(never thought wearing shoes was necessary)..and in that process twisting my ankle every second day..and ending up being the keeper(or else the goal keeper if we would decide 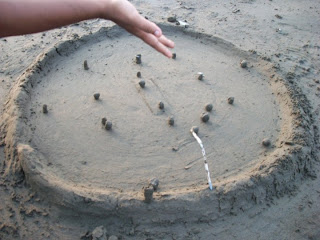 on playing footie the next day)..
*not being able to play spin bowling from big guys who would be like 6 feet tall and eventually learning to play scoop(ok...i was the one who played it first...even before dilshan did..:D..the only difference is i, was mere 4 feet tall ,could easily get under the ball and played it against the spinners who weren't world class:D)
*playing till 7 o'clock even on exam eve and still managing to get an A+(partly because there wasn't much to study:D )
*getting scolded for 'mastering the art of losing cricket balls every second day and then randomly promising my father a series of A+ in tests to follow!!
*contributing so that we could go buy a new ball and then making sure that i got to keep it after the days play!!
*making 'a hanging ball' with paper and then practicing hard with it..(not counting the number of times i would have broken the string)
*watching the post match presentation ceremony and getting inspired!!coming back home..catching hold of a bottle of water and trying my level best to imitate the international players..wondering how good a speech would i give after i win my first man(/woman) of the match award!!
*fielding always near the boundary line..confused about the sudden change in rules ..still enjoying it all..taking a catch there and blushing after being praised...
*getting up really very early to watch india play test series against australia in australia (1999)!!
*enjoying watching test matches..the way bowlers would set up the batsmen, the patience shown, the field placements..
*having long and lengthy discusssions about the players currrent form and team selections with my father (especially when the power would just go off and i would pick up the transistor ,drag him for a walk and listen to the commentary..)

i can't imagine how i would have grown up without playing the game of cricket!!!Cricket is probably the best thing that could have happened to me..
Posted by sacshi at 7:14 AM 8 comments: 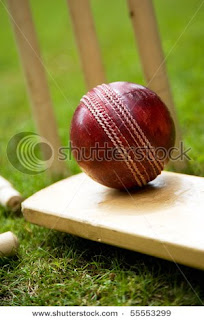 Cricket- its all about history, tradition and passion...
butterflies in my stomach
proud to wear the country colours
a feeling of honour as you run past the national flag
listening to the fans sing
the ball in my hand, the smell of the leather and the feel of the seam
walking to the middle i no longer hear the crowd
my only thoughts are what i need to do 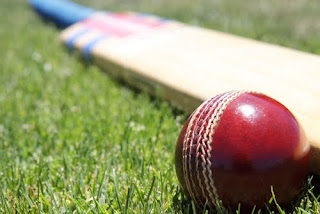 running to the crease my heart starts to beat faster
the crunch of the ball on the middle of my bat
a force nine times my body weight goes through my front leg
i hold my breath as the ball flies past the fielder
a perfect view as it rattles the stumps
and races to the boundary
flags fly with passion
but i hear nothing
sweat rolls down my forehead
standing in the field and feeling the heat of the sun
furiously shinning the leather
trying to get every last bit out of the ball
another bouncer screams past the batsman's grill
he's survived another ball
i take guard and scratch centre
the pitch crumbles under my shoes
i look around the field to where i can get my next run
taking a break down at the fine leg,copping cheers or jeers from the crowd
just a few more runs
just a few more wickets
running on adrenaline
taking that final catch
hitting the winning boundary
the noice of the crowd erupting
VICTORY IS THE GREATEST EMOTION!!